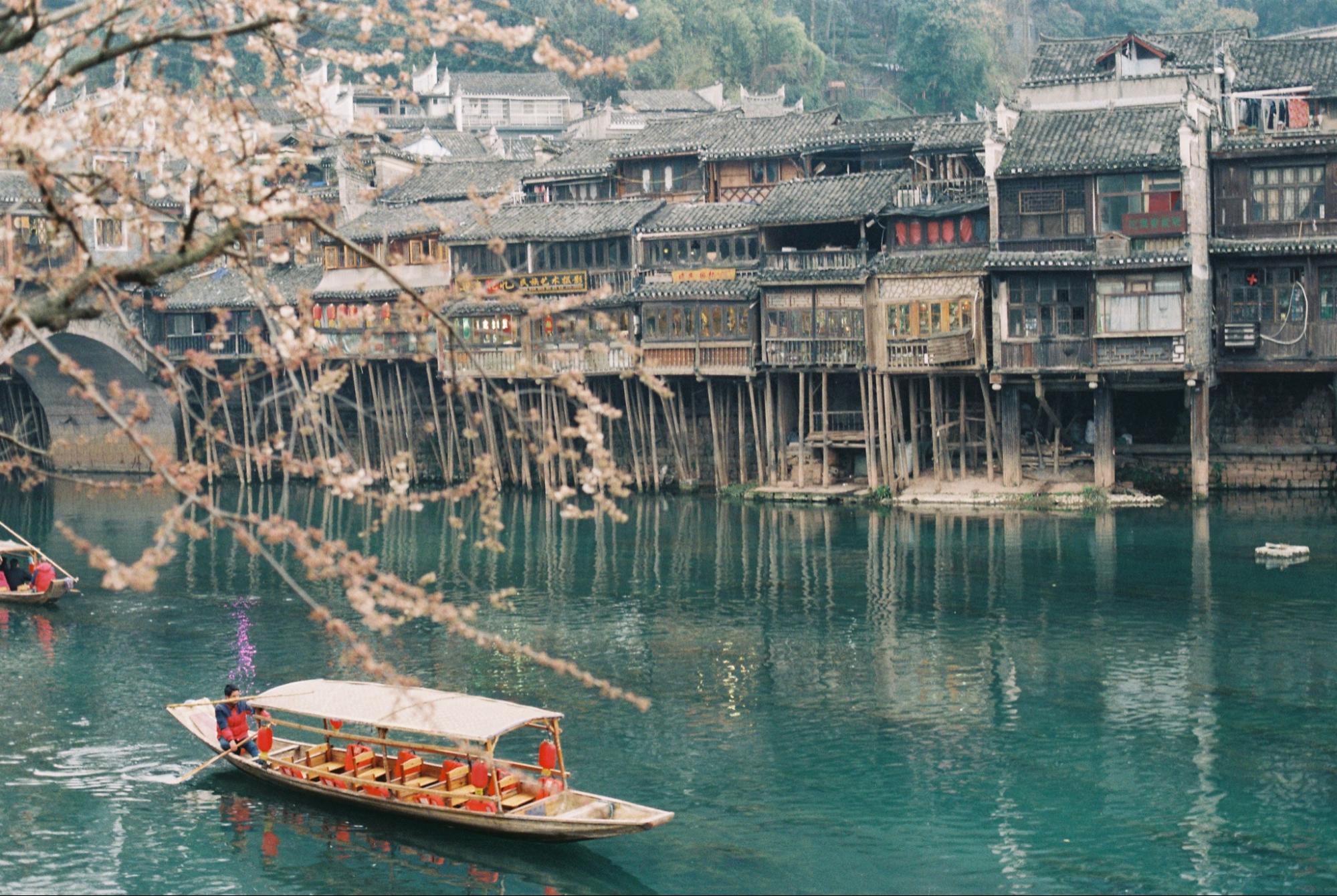 Oriental rugs and Chinese rugs have long captured the imagination of people around the world due to their beauty, workmanship, and longevity. Here are five facts about Chinese rugs and carpet weaving that will increase your admiration even more.

Some of the earliest surviving examples of hand-woven carpets as an art form in China are known to have been produced from 557-589 AD, during the Chen / Southern Chen Dynasty. The designs and patterns seen on these early carpets were likely informed by motifs present in Chinese porcelain paintings and silk weavings.

Fact #2: Antique Chinese Rugs Were Woven for a Chinese Audience

Unlike most antique rug production, say Persian rugs, Chinese rug weaving existed for Chinese consumers up until the market boom that followed developing interest in the West towards Chinese rugs in the early 20th century. For this reason, some experts say one must compare modern designs to those produced pre-1910, to attain the true essence of Chinese weaving.

In contrast to much of Western weaving and other Eastern rug-making, antique Chinese rug weavers typically utilized a small color palette, with some consisting of as few as two colors in varying tones or saturations. It is common for designs to feature a predominantly solid color, such as royal blue or light blue, yellow, apricot, or black. A limited color palette does not mean limited color expression, however, and the elaborate pictorial scenes and designs present in older rugs, as well as in the asymmetry of more modern antique designs still feature bold, vibrant colors.

Fact #4: Designs Were Sometimes Shorn or Incised on the Rug’s Surface

The decorative surface of antique Chinese carpets, often showcasing motifs such as the circular geometric Shou, dragons, the lotus flower, the knot of destiny/panchang knot, and elaborate octagonal designs, could be selectively cut and trimmed in order to accentuate lines. This practice effectively creates a 3-dimensional rug surface, and can be used to dramatically alter the emphasis, depth, and texture of the motifs and symbols present.

While ancient Chinese carpets were almost always intended to be used as carpets or area rugs, many artists still aimed at a visual experience. The result is that antique Chinese rugs may have a lower knot density than Persian rugs or other Oriental carpets. Many beautiful finished pieces, then, have coarser knotting or fibers relative to other Eastern-style carpets.

What are Chinese Rugs Called?

Typically, antique Chinese carpets can effectively be classified according to the ruling dynasty that held power at the time of the rug’s production, or by the place of production (e.g. Khotan, Baotou in Inner Mongolia, etc.). Different patterns on the rugs can also be used to identify its region of origin.

What is a Peking Rug?

By the early to mid-19th century, carpet production in China flourished at the Imperial Court of Beijing (Peking). Peking rug creation utilized techniques involving weaving sheep’s wool, silk, or goat’s wool, and hand-knotting this weaving onto vertical looms. Turkish rug knots were frequently used to form the border of the rug, and Persian knots were used to make the rug’s field.

The Peking-style rug (as well as Tiensin-style from Tianjin) found popularity with consumers in the United States and Europe in the 1920s, following the end of the First World War. From here, Peking style rugs were adapted to fit western markets and demands, becoming simpler and more asymmetrical, and showcasing a more western, Art Deco aesthetic appeal, as well as thicker (with increased knots per square inch) and tighter knots, to make the rug more durable.

How are Chinese Rugs Made?

Chinese rugs boast one of the broadest varieties of carpet designs and styles, as well as a variety of construction types including pile, Kilim, and needlepoint.

Handmade pile carpets (also called hand-knotted) are made with many small knots tied to the warp yarns that run the length of the rug. These knots form the surface (or ‘pile’) of the rug, and thus no two hand-knotted rugs are exactly alike. Kilim, alternatively, is a flatweave utilizing two sets of fiber ropes or yarn. Needlepoint rugs are complex and intricate, often likened to painting with thread. The process is long, and involves the artist hand drawing and then painting their designs directly onto their open woven cotton canvas. Following the painting, wool thread is then hand sewn into the canvas, utilizing a variety of stitches, techniques, and colors to create depth and texture.

In pile varieties, a thin warp thread made from cotton utilized alongside a rough pile yarn can often be found in older antique Chinese carpets. This creates large knots that are fairly thick, but contributes to the carpet’s overall texture and flexibility. Younger antique pieces, however, can commonly be found to be made from machine-spun wool, and are thicker and more compact due to the utilization of a double warp (two layers of lengthwise threads), and asymmetrical knots.