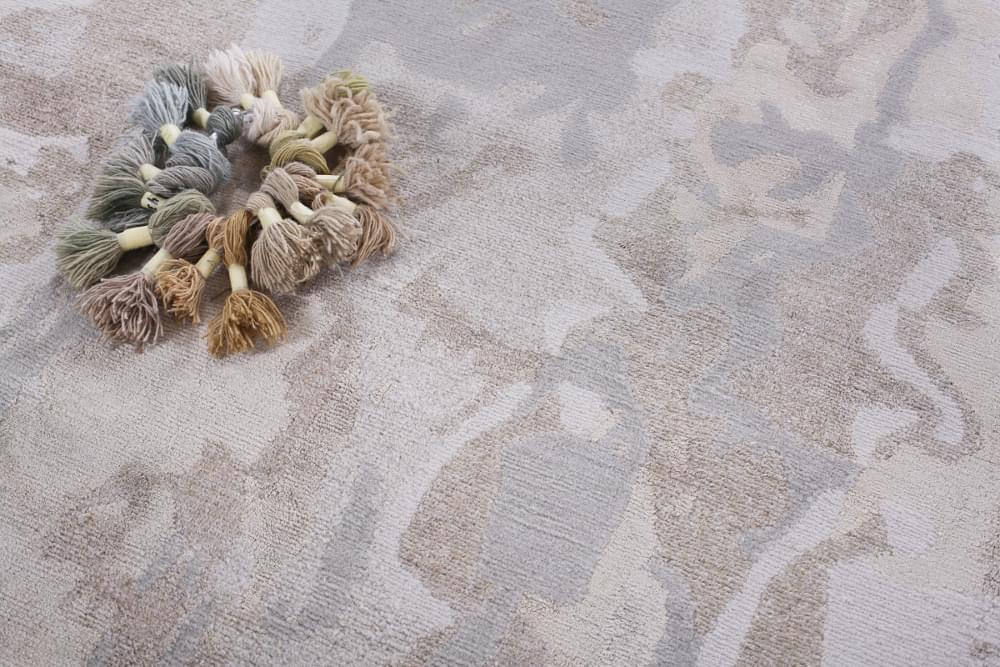 Thousands of years ago, weaving was considered a casual, low-end craft in Tibet. Today, antique Tibetan rugs are collected with great reverence. They are woven in Nepal.

Tibet rugs are traditionally made from the plentiful Highland sheep wool that is hand-carded, hand-spun, and hand-knotted. Common colors found in Tibetan rugs are blue, brown, grey, red and yellow. Antique Tibetan rugs were generally produced under a strict adherence to local traditions and customs; a common type of Tibetan rug is the Kanden, a small carpet used for sleeping, sitting or meditation.

Tibet’s strong, independent identity is reflected in the gau motif seen in many Tibetan rugs. The amulet-like design holds religious significance and was most often employed prior to the 20th century. In the early 1900s, the influence of traditional Chinese motifs in Tibetan rugs can be seen in more complex designs featuring dragons, flowers, and clouds.

In the 1960s and 1970s, the Tibetan rug industry was reinvigorated by an influx of European commissions with the purpose of creating jobs for Tibetan refugees in Nepal. The industry then rapidly matured as it held itself to the higher standards of the European weaving industry. By the 1990s, American designers and consumers took great interest in Tibetan style rugs, elevating the profile of Tibetan rugs even further.

Modern Tibetan rugs can be woven in any size using a combination of wool and silk, or using wool and silk individually. More than any other region, Nepalese weavers are renowned for expertly stabilizing colors and designs. The designs are straightforward, exuding a relaxed yet sophisticated sensibility.